Axes were typically used for chopping wood, usually a steel blade attached at a right angle to a wooden handle. A tomahawk is a type of single-handed axe from North America, traditionally resembling a hatchet with a straight shaft. The name came into the English language in the 17th century as an adaptation of the Powhatan (Virginian Algonquian) word. The tomahawk used almost exclusively by Native Americans, its blade was originally crafted of stone. Along with the familiar war version, which could be fashioned as a throwing weapon, the pipe tomahawk was a ceremonial and diplomatic tool. 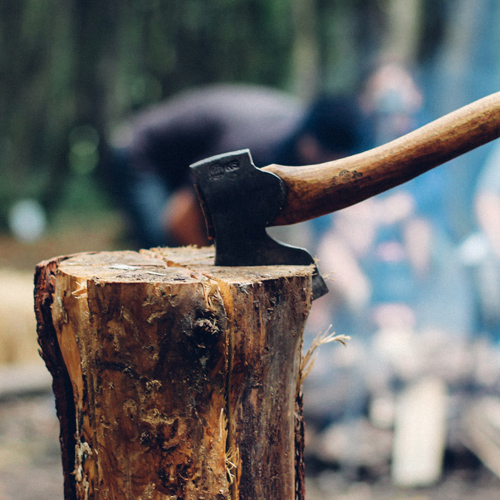