It was used both externally and internally. Witch hazel is a tall shrub that grows in eastern North America. It is best known for the astringent property of its leaves. Some of the tribes that used witch hazel were the Iroquois, Mohawk, Menominee, Potawatomi, and Stockbridge. Externally, witch hazel was used to treat poison ivy irritations, other skin irritations, minor burns, insect bites, stings, and bruises. It was also effective in treating hemorrhoids and eye inflammations. Internally, it was used as a gargle and mouthwash for sore throat and bleeding gums. However, one of the most important uses of witch hazel was as a hemostat. Witch hazel was found effective in stopping bleeding both internally and externally. European colonists readily adopted witch hazel into their medicine and sold it at pharmacies. The early Europeans to the New World used witch hazel for the same reasons Native Americans did. Today witch hazel remains a common home remedy as well as a cosmetic (it's often used as a facial astringent). Colonists also used the branches of the witch hazel as divining rods when they sought the location of water before drilling wells. 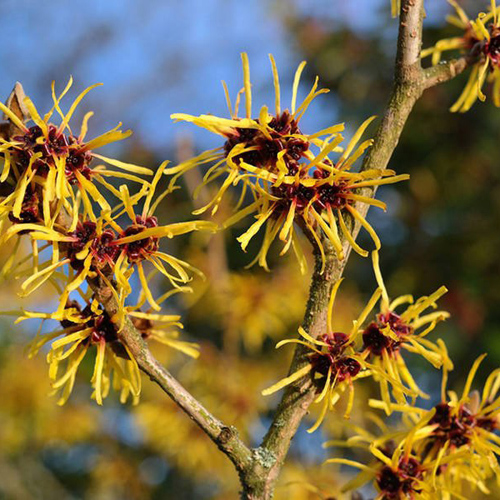