Fish decoys were designed to resemble the smaller fish that game fish eat or to resemble fish of the same species. These visual decoys were being used by about 1,000 A.D. The fisher would lower the decoy through a hole in the ice and the maneuver it to imitate a swimming fish by connecting a line to a hole in the dorsal part of the wooden fish. A weight was tied to a line attached to the ventral part of the fish decoy. This line was long enough to keep weight out of the fish's sight. The fisher moved the decoy through the water with approximately the same pitch and attitude of the real minnow or bait fish. Sometimes the decoys were soaked in a special scent designed to attract fish. When game fish came near the decoy, the fisher would spear it. Fish were an excellent source of protean and vitamin A, and the invention of fishing decoys enabled the Native Americans to ensure a constant supply of it. This, in turn, ensured the health and well-being of the tribe. 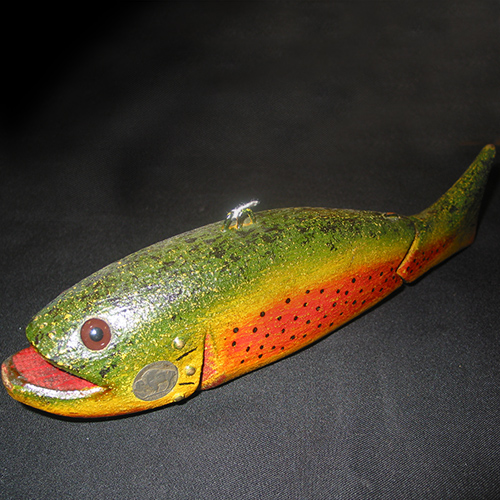