Tiers of such beds were lashed to the interior walls of Iroquois and Algonkin long houses. The residents covered these platforms with bark sheeting and then with hides and furs. The bunks were similar in appearance to upper and lower beds in a train's sleeping car. The lower bunks were used mainly in the winter so that sleepers would be closer to the fire. Often the top bed was used for storage of personal items. In the summer it would be occasionally used for sleeping. 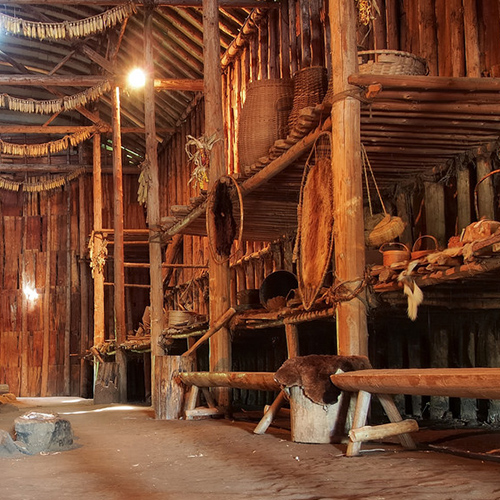