Popcorn is a variety of corn that, when dried, contains some moisture in the starchy interior of the kernel. When the popcorn kernel is heated, the moisture expands, creating enough pressure to cause the starch to explode literally, bursting the hard hull. Native Americans developed popcorn by using seed selection from four to five thousand years ago. Some archaeologists believe that popcorn may have been the first variety of corn they developed. Evidence for popcorn's long-term popularity and widespread use includes a 1,000-year-old popped kernel found in a Utah cave that had been inhabited by the Anasazi. (Anasazi culture arose in the North American Southwest in about 350 B.C.) Popcorn was one of the first 'new' foods that the Spaniards experienced in the Americas. French explorers in the North American Northeast found the Iroquois making popcorn in poppers filled with sand in the early 1600's. Not only did Northeast culture groups eat popcorn by the handful, they also made it into a soup. Popcorn is the top-selling snack food in the world today. People in the United States eat 18 billion quarts of popcorn a year, an average of 73 quarts per person. 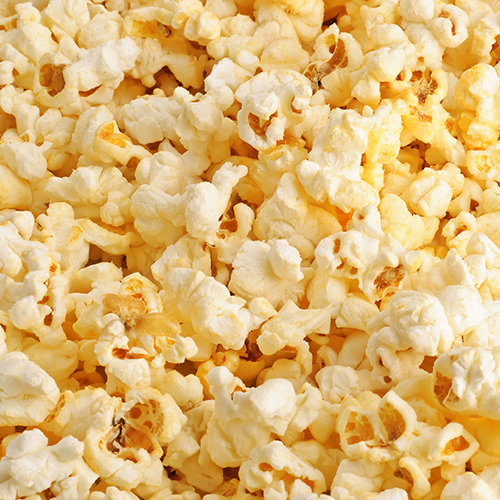