They are moved through the water with paddles. Northeastern people of North America traditionally made dug-out canoes, but by the 1500's they began constructing light weight white cedar frames that were covered with birch and occasionally elm bark. The watercraft could float in as little as four inches of water and was ideal for travel in shallow rivers and streams. Because a dry, 15 foot canoe weighed only 40 pounds, a traveler could easily carry it over a portage. Despite its weight, a relative small canoe could hold loads of up to a ton. Canoes were built in all sizes - from small ones for a single person to large ones that could carry up to 50 paddlers. Europeans quickly adopted canoes which could be constructed from materials at hand. and were easily portaged. Native Americans designed canoes so elegantly that the unique style of the boat remains basically unchanged today. 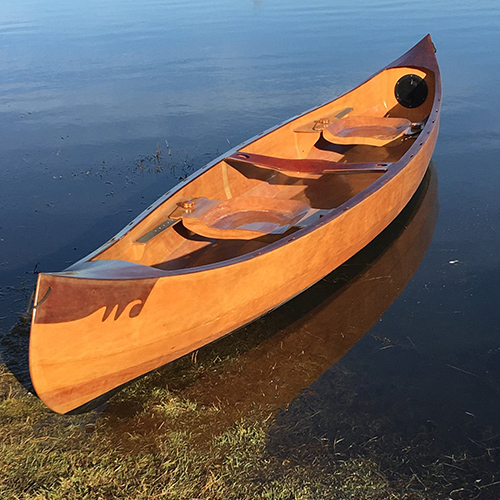