It's popularity spread throughout the continent. Sometimes called the fastest game on two feet, lacrosse is played by two teams on an open field with goals at each end. In the modern version of the game, 10 players on each team carry long-handled sticks with a triangular mesh pocket at the end. They attempt to put a 5 ounce rubber ball into the opponents' net while preventing them from scoring. They may not touch the ball with their hands. Today lacrosse has attracted over a half million players in the United States. More than 250 colleges and universities have men's teams as do more than 600 high schools. More than 100 colleges and universities and 150 high schools have women's teams. The Iroquois Lacrosse Association preserves the traditional game among the tribes that made up the Iroquois Confederacy. 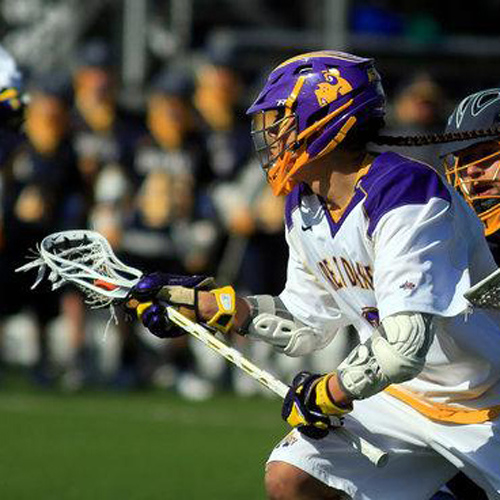