The Cherokee used sassafras as an intestinal worm medicine and for colds. The Sassafras is a tree that is indigenous to North America. A member of the laurel family, this tree stands from 30 to 40 feet tall and has aromatic bark, leaves, and root bark that contain a volatile oil. Choctaw used it as a blood thinner. The Lenni Lenape (Delaware) drank sassafras tea as a blood purifier. Sassafras served as a spring tonic for the Mohegan. The Seminole used it to cure diarrhea and vomiting as well as for a mouthwash and gargle. Both the Cherokee of the Southwest and the Chippewa of the Midwest used sassafras as a beverage. The first Europeans to learn about Sassafras were a group of French Huguenots who settled in what is now Florida in the 1590's Because they were unprepared and unfamiliar with the land, they relied on the help of Native Americans who lived in the area. These natives used sassafras wood for bows and the leaves as a spice. They taught the Europeans that sassafras root bark, when made into a tea, was a tonic that prevented illness and could also be used to counter the effects of drinking bad water. The Huguenots revealed the remedy to the Spanish colonizers, who then told the world about what soon would be considered a miracle tonic. 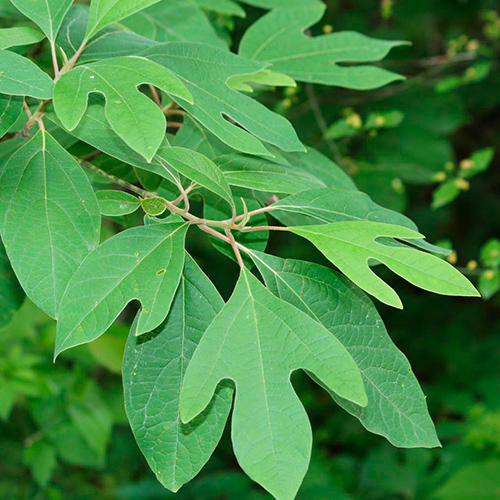