They used bear intestines that they had washed, dried, and oiled. To this they attached a 'nipple' made from a bird's quill by sewing the intestine tightly around it. Seneca mothers filled these baby bottles with pablum made of pounded nuts and meat that had been mixed with water. Once the bottle was filled, the mother tied the open end and fed the pablum to the infant by placing the quill in his or her mouth and squeezing the intestine. To a certain degree, the nursing bottle resembled the disposable nursing bottles of today. 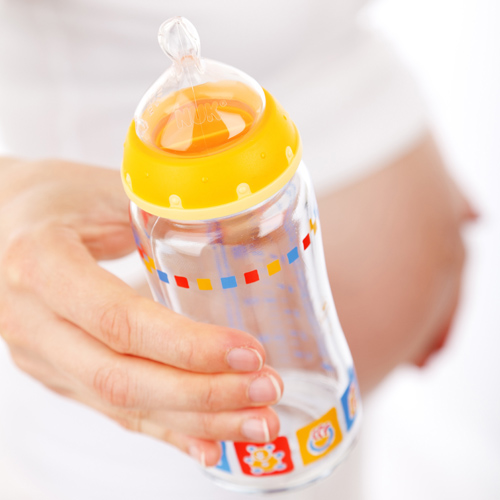